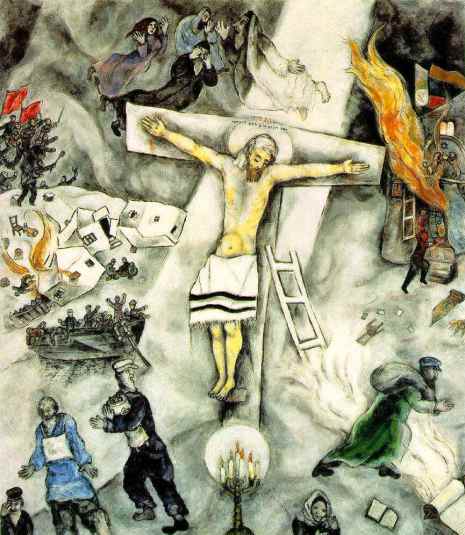 In his book, Night, Elie Weisel gives his bitter account of the Holocaust, an event so horrifically evil it unsettled the very core of his Jewish faith. He was only a boy when he saw  the execution of an innocent man, starved, emaciated, beaten, broken – broken of his very humanity. He was robbed of his dignity by people devoid of their own humanity, the Nazis.

This man was hanged in front of all the other prisoners: the poor man was made into a spectacle of the Nazi’s brutality as the audience was made to watch, feeling the full measure of their own powerlessness. Weisel, a boy, was made to watch.

As this happened, someone called out, “Where is God?” That man had had enough, the injustice caused him to cry out at the risk of his own execution. “Where is God?!” As if to say: How can he not be here? How could he not intervene in a moment like this? The crowd could give no answer as he indicted God in a crime of cosmic proportions.

“Where is God?” the voice rang out again, again and again.

Elie Weisel, a young man at the time, felt in his heart the only possible explanation: Where is God? God is dead. He died there in those gallows.

Weisel saw this admission as the very moment his faith collapsed into a bitter semi-atheism. His hope in God was shaken.

But as Weisel reports, he did not lose faith, for while he felt hurt by God, the prospect that there was no God at all rendered the events of the Holocaust even more tragic: no God to denounce the evil as fundamentally wrong, no God to command compassion rather than indifference, no God to offer the promise of restoration.

But to have that honesty in faith means addressing that frustration and lament before God as Jesus did: “My God, my God why have you forsaken us?”

This phrase comes from Psalm 22, a psalm written by David, who was a righteous man that was attacked by his king, his friends, and later, even his own family. He spent much of his life on the run, hunted like an animal.

One way to understand the cross – perhaps the most basic way – is to understand that Christ died, “according to the Scriptures” (cf. 1 Cor. 15:3-4). Jesus embodies the story of Scripture. He is the word of God.

He is the suffering servant of Isaiah 53: “But he was pierced for our transgressions, he was crushed for our iniquities; the punishment that brought us peace was on him, and by his wounds we are healed.” He is the “stone that was rejected that is now the corner stone” (Psalm 118:22 cf. 1 Peter 2:7). He is the perfect Passover lamb, slain as a sin offering for us, etc.

Jesus fulfills this scripture as the rest of the psalm shows:

a pack of villains encircles me;

they pierce my hands and my feet.

All my bones are on display;

people stare and gloat over me.

They divide my clothes among them

In claiming these words as his own, he is not merely fulfilling the Scriptures. He is showing God’s solidarity, his oneness, with all the forgotten of this world. Jesus in crying out in forsakenness, embodying the cry of the oppressed, the abused, the victimized, the neglected, the humiliated – all who feel that God was not there when they needed him. Listen to the rest of the Psalm:

My God, my God, why have you forsaken me?

Why are you so far from saving me,

so far from my cries of anguish?

My God, I cry out by day, but you do not answer,

But I am a worm and not a man,

scorned by everyone, despised by the people.

All who see me mock me;

they hurl insults, shaking their heads.

“He trusts in the Lord,” they say,

and all my bones are out of joint.

My heart has turned to wax;

This is the lament song of a soul in despair. This is also the words of God in Christ.

In Christ, God knows what it is like to be abandoned, betrayed, tortured, humiliated, blamed, and executed.

Jesus, in his trial and crucifixion, was the subject of personal betrayal: his best friends and students ran, denied him, and even received money to betray him.

Jesus, in his trial and crucifixion, was the victim of religious corruption and abuse. He was accused of blasphemy for his message of forgiveness: that God is with us, sinners. He was tried falsely by corrupt priests who didn’t want their sins exposed or their power taken away. As John 8 tells us, Caiaphas, the high priest, ironically saw Jesus as his sacrifice to save their religion.

Jesus, in his trial and crucifixion, was the target of political oppression. He was brought before the magistrate, Pilate, who ultimately cared only for order at any cost. So, he gave Jesus over to his psychotic soldiers for torture, humiliation, and finally execution by the slow death of the cross.

The cross is a rare kind of anguish. It is the slow death by bleeding out from the torture and nails. Hanging on the nails meant one’s diaphragm would be stressed, causing the person to gasp for air. The subject would hang there starving to death, slowing hallucinating in a delirium of despair as people stand there and mock. Nailed there, few pictures of the atonement render it accurately: few picture the victims unclothed and naked, exposed to desert sun that would blister exposed skin. (Ironically, no crucifix renders Jesus naked – an accurate depiction of the cross is still too scandalous, even Christians!) And the nakedness of exposure was more than physical: hanging there naked, the victim was exposed to the scoffers, jeering, removing whatever dignity remained. Jesus had the added pain and humiliation of a thorn crown pressing into his head and a sign above, mocking his claim to the throne of David.

How could God let this happen to Jesus? How could he have forsaken him? Where is God?

Jesus, Immanuel, “God is with us,” is here as God bound to our fate, our death, our despair, our pain, our sense of the absence of God. He loves us so much he stands with us in our darkest moments.

This does not make sense by our worldly logic, but this is the logic of God. Dietrich Bonhoeffer put it well when he said, “Only a suffering God can save us.” Only love that is willing to suffer with a victim, feeling their pain, willing to take their pain as his own, can disarm the anguish of suffering.

Jesus cried out, “My God why have you forsaken me?”

Jesus deserved justice’s vindication, but he gave it up to live in solidarity with those whom justice has forgotten.

Jesus deserved the throne room of heaven, but chose a crown of thorns.

Jesus deserved to inhabit heaven, but instead he chose to harrow hell.

So, we return to our Holocaust anecdote: Where was God as an innocent man died in the gallows of the Holocaust?

God did die that day, but not in the sense that would lead us to atheism.

God did die that day, because he is love; he is suffering love; he is a God that refuses be far away from those who feel forsaken.

God refused to stand far off as his beloved children suffered. It is that same refusal of a God that chooses to suffer with us that refuses to leave suffering forever forsaken in our broken world. If God suffers with us, we know that God did not cause our suffering. If God suffers with us, we also know that he would not will this suffering to be without end. A God of love is a God of hope for us.

We know this because three days after the cross, Christ rose from the grave. Suffering will stop because the cross leads to resurrection.

So the Psalmist affirms in his suffering that one day…

The poor [i.e. the oppressed, the abused, the abandoned] will eat and be satisfied;

those who seek the Lord will praise him—

may your hearts live forever!

All the ends of the earth

will remember and turn to the Lord,

and all the families of the nations

will bow down before him,

for dominion belongs to the Lord

There will be a day when suffering stops, when tears are wiped away, when hunger is satisfied, when wounds are healed, when pain turns to praise, when repentance and reconciliation reigns.

There will be a day of perfect justice, perfect mercy, and perfect peace.

That day is coming because the God who died on the cross, rose from the grave. Death could not change the impassible character of a God who is boundless life.

The cry of the cross was answered with the triumphant joy of resurrection. Let’s pray…

We ask with Jesus sometimes, “Why have you forsaken us? Why all the injustice? Why all the destruction? Where are you?”

God, remind our broken souls that you were with us in the times that seems like you were absent. Help us to look to Jesus and trust that you are not far off. You are with us. You are for us. You bear our pain.

Lord, allow the wounds of our past to heal in the same way the cries of Golgotha were answered with the resurrection.

Allow the cross and resurrection to inspire us. Give us the grace to live out what your promises demands. Convict us of the courage to confront the injustice of life with Jesus’ innocence. Convict us of the empathy to confront the suffering of this world with Jesus’ solidarity. We pledge to act in trust, compassion, and hope, knowing that you will restore all things.