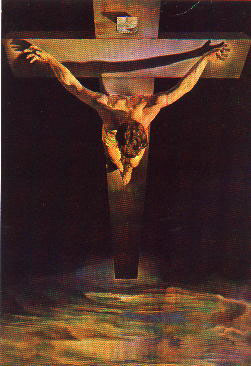 Imagine watching a hockey game, a pivotal match in the pay-offs, where the refs oddly announce before the game that this game would be judged a bit differently than others, but did not say how.

You continue to watch the game. One team, more physical and underhanded, begin bashing the other team. No penalties are being called. This must be what the refs alluded to. In the process, they take a commanding lead and the other team gets pounded.

The other team refuses to sink to the others’ level, even after players get taken off the ice with injuries. “Why aren’t they fighting back?” you wonder. “This is getting pathetic. They should just call the game quits at this point.”

Finally, it comes down to the last few seconds. Time is up and the buzzer sounds. It is finished. The less physical team has lost by quite a number of points. They are finished.

But then, the refs come to the center of the ice, and announce that they other team, the team with fewer goals, actually won. How? You see, the new criteria for which team would win was which team harmed the other team the least.

The more violent team did not take the refs instructions seriously. Now that the game is finished, they are finished too.

When Jesus says, “It is finished.” It is like saying that the game clock has run out. The game is over. However, it does not mean “We’re finished; I am done for; it’s over.” It is that dark moment at the cross that Jesus appears defeated, broken and dying, that actually his mission is accomplished. He is actually victorious.

Jesus is a servant king and he rules a kingdom where those who are great are the ones who make themselves least. He taught things like blessed are the spiritually poor not the spiritually rich, those mourning and broken not the tranquil happy-go-lucky types, the meek not the assertive, the thirsty not the satisfied, the merciful not the exacting, the pure not the political, the peacemakers not the warlords, the persecuted prophets not the powerful potentates. Jesus’ rules for winning flip the game of reality upside down, declaring the losers to be the true winners. And it is at this moment that Jesus demonstrates that his kingdom has come: it has come in him by his faithfulness even onto death.

Saying, “it is finished,” is a victory statement: the kingdoms of evil and darkness have not won. The time is up for them not Jesus. They have been beaten, but not with more evil but with goodness; not with violence but with peace; not with compromise but with integrity; not with wrath but with mercy; not with comfort but with sacrifice.

Within the context of the Gospel of John, this statement – “It is accomplished” – co-insides with Jesus’ prayer of exaltation and glory. Consider John 17: 1-5:

After Jesus had spoken these words, he looked up to heaven and said, “Father, the hour has come; glorify your Son so that the Son may glorify you, since you have given him authority over all people, to give eternal life to all whom you have given him. And this is eternal life, that they may know you, the only true God, and Jesus Christ whom you have sent. I glorified you on earth by finishing the work that you gave me to do. So now, Father, glorify me in your own presence with the glory that I had in your presence before the world existed.

Crucifixion was the most brutal and disgusting way to die in the ancient world, but Jesus has turned it into a way of healing.

No one has ascended into heaven except the one who descended from heaven, the Son of Man. And just as Moses lifted up the serpent in the wilderness, so must the Son of Man be lifted up, that whoever believes in him may have eternal life. For God so loved the world that he gave his only Son, so that everyone who believes in him may not perish but may have eternal life. Indeed, God did not send the Son into the world to condemn the world, but in order that the world might be saved through him. (John 3:13-17)

Jesus states later that, “When you have lifted up the Son of Man, then you will realize that I am he” (John 8:28).  The cross is the fulfillment of Daniel 7: the Son of Man is on his thrown, the nations are his. The end of the age happened at this cry as the way of the kingdom is perfectly displayed in Christ’s obedience. It is at the cross that Jesus will be fully realized to be who he says he is, like a cosmic buzzer ringing out, “Ding, ding, ding ding!” Jesus here is announced to be the Son of Man and Son of God, the true King, the Messiah, the world’s Savior.

For years, as I read these passages (specifically John 17), I thought the cross got in the way of Jesus’ glorification or that the glorification was actually after the cross in the resurrection. Not so. Jesus’ hour has indeed come, not despite the cross, but through it.

The cross is where Jesus is truly king,  in glory and majesty –  not in a glory and majesty we expect, but in the kind that displays what kind of king God is: a king of suffering love. The Father has given his glory to Christ (cf. John 17), not despite the cross but through it. THe only thing that is truly defeated that day was the ways of this corrupt world. All who look at the cross know that that the disciples of Christ, those who take up their crosses to follow him, will reign with him.