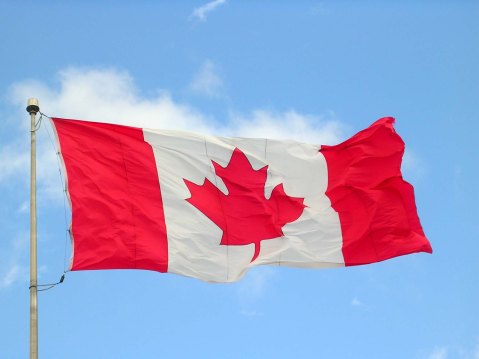 But you are a chosen people, a royal priesthood, a holy nation, God’s special possession, that you may declare the praises of him who called you out of darkness into his wonderful light. Once you were not a people, but now you are the people of God; once you had not received mercy, but now you have received mercy. Dear friends, I urge you, as foreigners and exiles, to abstain from sinful desires, which wage war against your soul. Live such good lives among the pagans that, though they accuse you of doing wrong, they may see your good deeds and glorify God on the day he visits us. (1 Peter 2:9-12)

Here is another thing about living in Canada. We are obsessed with identifying with our countries of origin.

Yet, for some reason when people ask me, where does your family come from, I say, “I’m Dutch-Canadian.” My last name is “Boersma,” which means “farmer” in Friesian Dutch. I can’t speak that language. I have never been to the Netherlands, let alone to the province of Friesland. I can really only claim this ethnicity in a minimal way at best.

This year my wife and I got the long form census from the government. Personally, I was very excited to get it. I want to be represented in the statistics. Then my wife filled it out without me. I felt cheated. Anyways. If I were to fill that out, I would say: Ethnicity: White or Dutch or something like that; Citizenship: Canadian; Religion: Christian.

This is how our secular-cultural mindset has taught us to think. Religion is just something that effects this small area of your life. It is compartmentalized. It is something that goes on in your head. It only relates to one aspect of your identity.

That is not how the Bible sees it.

There is something powerful about what Peter is saying here. But you are a chosen people, a royal priesthood, a holy nation… Once you were not a people, but now you are the people of God; once you had not received mercy, but now you have received mercy.

According to Scripture here how would we fill out the census?

What is your citizenship? I am a citizen of God’s holy nation, the kingdom of heaven.

What is your ethnicity? I am a descendant of Abraham. I am a member of his chosen people.

What is your religion? See questions (a) and (b).

What Peter is saying here is that because of the work of the cross, we are not just one religion. We are a new nation, a new people, a new ethnicity, a new family.

There is a fascinating dynamic in the Sikh religion that I think Christians could take a lesson from. When Sikhism as a religion broke off from Hinduism and Islam (it is essentially a kind of hybrid of the two), the began to forge their own identity.

Now if you know anything about Hinduism, it had a strong insistence on the caste system. You were born into a family associated with a particular profession of varying importance: At the top were nobles and priests, then soldiers, then various working classes. These classes were highly prejudicial. If you were born a farmer, you had to be a farmer, and you had to marry a farmer’s daughter. You could not become a priest or marry a priest’s daughter. Of course, priests entailed a level of respect that farmers did not get.

The Sihk religious leaders saw the oppression of the Hindu leaders over the people and tried to liberate their people from the caste system. They believed, similar to Christians, that all people are equal under God. In an effort to do so, they started removing their last names, which indicated what caste you were from, and replaced it all with the same last name. So, today, all Sikh men have the last name Singh (which means “lion”) and all women have the last name Kaur (which means “princess”).

Kind of neat in my opinion. I am not suggesting we all change our last names, but think about it this way:

What if on my driver’s license it did not say, “Spencer Boersma,” but rather “Spencer Redeemed-by-Christ,” (hyphenated of course), or “Spencer Christian.” Or something like that.

It would reiterate that our identity in Christ stands first and foremost.

In Revelation, Christians who preserve, it says, will have the divine name on their foreheads. That is a way of saying those that follow God are at one with his identity; they are extensions of his being, one with him.

Think about our identity that way.

Before I understand myself as Spencer Boersma, I understand that I am at one with the God who calls himself the I Am that I Am.

In an early church letter, the Letter to Diognetus, Christians were described this way. “Every foreign land is to them as their native country, and every land of their birth as a land of strangers.”

Every homeland, a foreign land, and every strange land, a homeland. That is how Christians live.

When you realize that you are first and foremost a citizen of the kingdom of heaven, you take the good parts of our culture and your leave the rest behind. You are ready to do anything, go anywhere, and be anything for the sake of Christ.